The Mas Cauvy is a small farm campsite in the Gard in the south of France. It is located in Languedoc Roussillon, very close to the Cevennes.

In camping or in Bed and Breakfast, you will have an ideal location for all the tourist activities in the area.

Small campsite in south of France 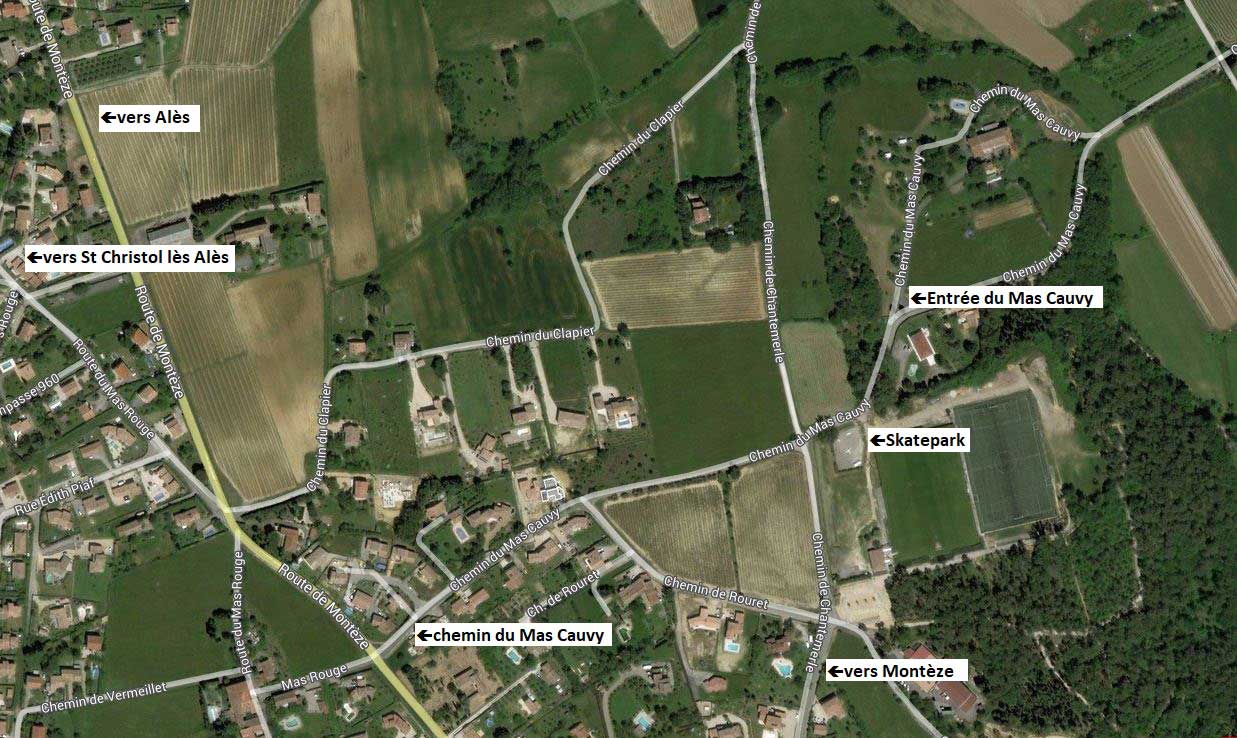 Exit the A7 Motorway at Bollène and take the N86 towards Alès.
Important : Watch out for the many radars on this road.

Take the N106 in the direction of Alès

When arriving at Alès, turn left at the roundabout direction of Montpellier towards the D6110.

Important : Avoid following your GPS if it passes you through the chemin des Dupines in front of Hyper U in Alès or by the chemin des Astries at the end of the Avenue Olivier de Serres. These paths have very narrow passages for a caravan or a camper.

Important : Avoid following your GPS if it passes you through the village of Montèze before arriving at Saint Christol (Route de Montèze on the right of the D6110). The streets are very narrow for a caravan or a camper.